Very few adverts are know to be around for Raleigh vans and Reliant in there early years but as you see here a few have been found as well as some sales brochures here. 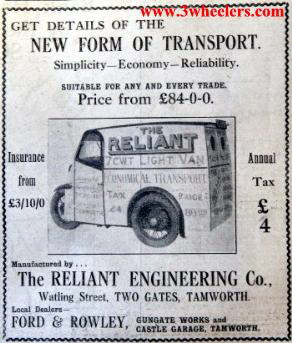 This advert was in the Tamworth Herald in 1935 and is believed to be one of the first that Reliant had. 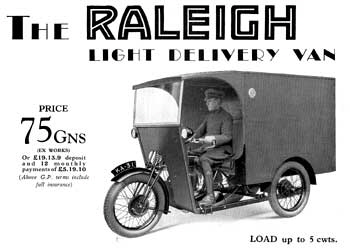 Placement of this advert for a Raleigh LDV2 is unknown but note that the LDV2 still had handle bars it was not till the LDV3 that Mr Williams went to a steering wheel. 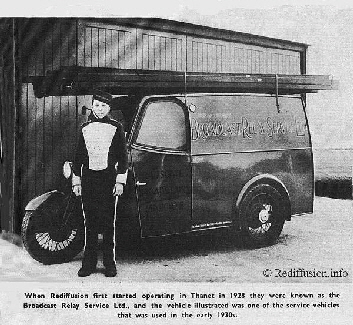 While not an advert for Reliant its self it’s a good add none the less, the writing reads “ When Rediffusion first started operating in Thanet in 1928 they were know as the Broadcast Relay Service Ltd, and the vehicle illustrated was one of the service vehicles that was used in the early 1930. “ It is know that this picture was taken in 1935 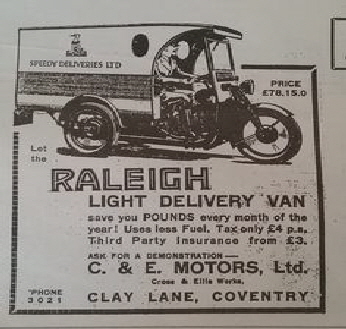 Placement of this advert for a Raleigh LDV is unknown. The LDV 1 was basically a motor bike frame with the van body bolted to it. This is one of the main reasons it had handle bars and chain drive to the rear axle. 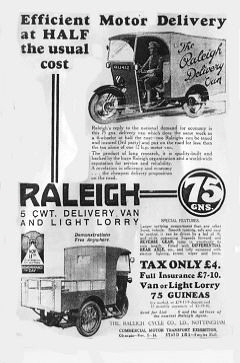 Placement of this advert for a Raleigh LDV is also unknown. The Raleigh in this add was showing how versatile and cheep to run the vans are. Even with this though sales were still slow 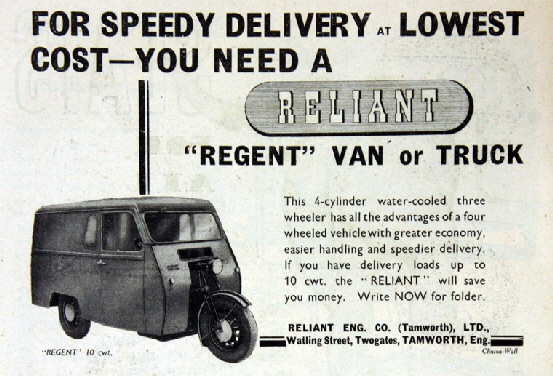 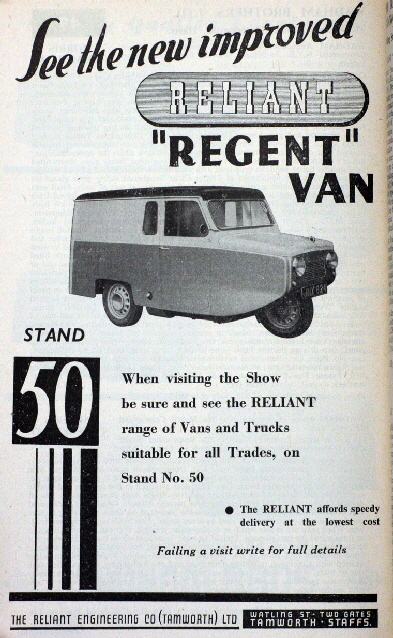 To give the Outdated Girder fork Reliant a modern look as it was on the stand at the Motor show with the now launched Regal MK1 Reliant boxed in the front end creating the Prince Regent. This was only a stop gap till the Regal car could also be a van